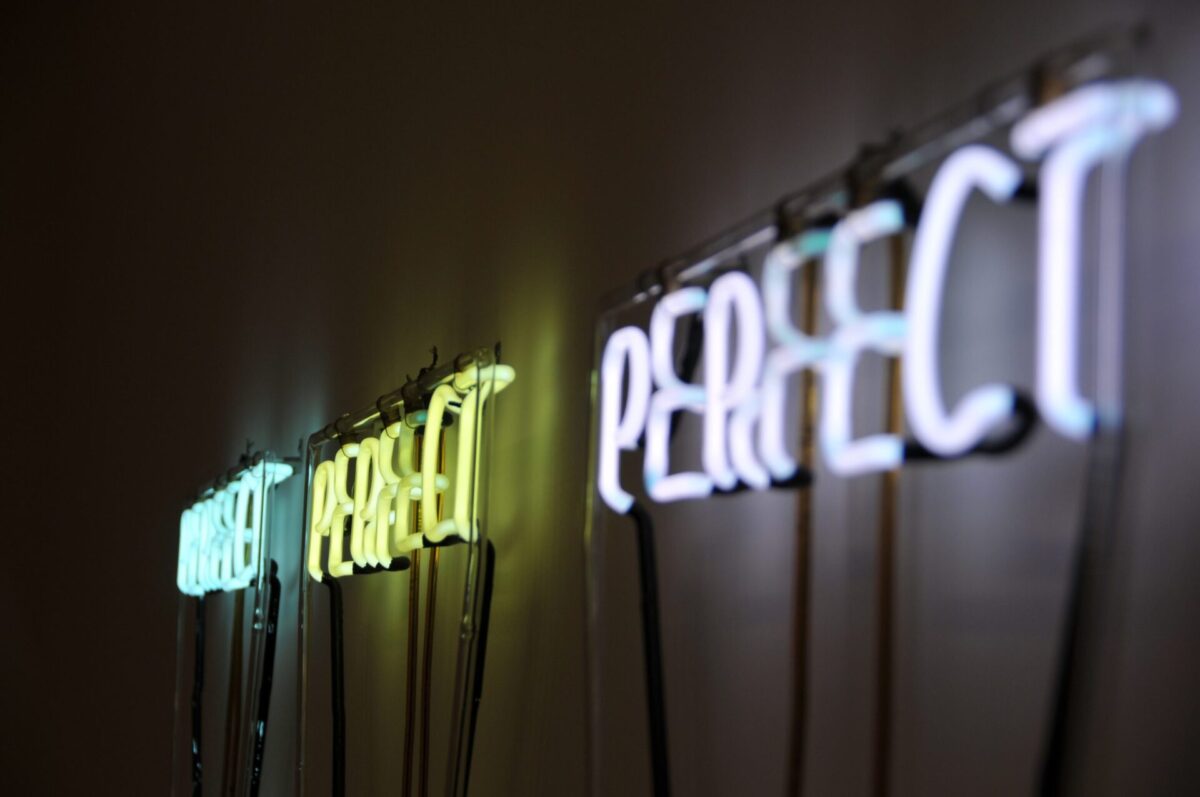 I’m going to let you in on a little secret:

You are already fabulous.

You’re not doing it wrong. In fact, there’s no right or wrong way to do it. Anyone who says otherwise is trying to pull a fast one on you.

Why Perfectionism Will Ruin You

“To live a creative life, we must lose our fear of being wrong.”
Joseph Chilton Pierce

If I could eliminate just one affliction with a wave of my magic wand, I’d banish perfectionism. Perfectionism is an insidious monster with many faces, stalking in dark corners of our minds. In the world of journaling, creativity, and personal development, perfectionism is public enemy #1.

Why? Because perfectionism is disabling. It blocks forward movement and prevents the experimentation necessary for growth. Sloppy action that requires adjustment mid-stride always trumps no action at all. You cannot learn, improve, or grow while hobbled by perfectionism.

Perfectionism stifles creativity, erodes self-confidence, and blocks the birth of fresh ideas. And the worst part: perfectionism sacrifices process in favor of product.

Maybe you’re thinking, “Oh no, no. Not me – I’m not a perfectionist. I’m not afraid of making mistakes. I even do the New York Times crossword puzzle in pen!”

You’re a perfectionist if you’ve told yourself the following: “I’ll write later/tomorrow/next week when I have more time/am not distracted/am more inspired.” If you “have a lot going on right now” and are waiting to start journaling after life calms down, you’re a perfectionist. (Need I remind you that life will never calm down?)

The monster of perfectionism sneaks in and gives you these reasons not to write:

All of these symptoms can be distilled into one sentence:

“I might not do it perfectly, so I’m not doing it at all.”

I’ve said it before and it bears repeating: imperfect action is always better than no action. You can always make adjustments once you’re moving.

Your Definition is Flawed Anyway

You may be surprised to discover that your idea of “perfect” isn’t one you consciously chose.

It was likely passed down from your parents, boss, social group, religion or culture. Maybe you haven’t even defined “perfection” before. Maybe you just know you’re not it.

But there’s no ordained way to be perfect. Everyone’s idea of perfection differs, so who’s to say your “perfect” is the real perfect anyway? Even your definition is imperfect!

I often think of journaling as a microcosm of life. What works on the page often works out in the world. While these cures for perfectionism are especially useful for journaling, you can apply them anywhere you feel stuck.

1. Focus on the process, not the product

Set a goal for yourself based on effort, not results.

Commit to writing in your journal three times this week for twenty minutes. Then, even if you’re convinced you’re doing it wrong, you’re still successful because you met your goal.

This works because process is the soul of journaling. The individual words on the page are unimportant; showing up and writing is what makes journaling magical. Sometimes we need to trick ourselves into getting it done until the momentum carries us.

Beginners are like puppies; they’re inherently cute and the urge to coddle them is universal.

I used to be pretty insecure, and I’d pretend to know a lot more than I did. I didn’t want anyone to know I was faking it half the time. Then a funny thing happened. One day I was able, by some miracle, to let go of my ego enough to say, “You know what? I have no idea how to do this.”

A bounty of help rushed toward me to fill the chasm I created with my admission.

All along I feared judgment backlash like, “You don’t know how to do that? What are you, a moron?”

But only insecure people mistreat newbies – the same people who kick puppies. You can identify them because they’re defensive and eager to prove they know more than you. Secure people build you up because your success isn’t a threat to their status.

Now I approach people who are better than me and say, “Hey – I like the way you did that. I’m a newbie. Got any pointers?” People love when you stroke their egos by asking for advice. It’s a magical tactic that even works on me.

So don’t be afraid to admit you’re a beginner – at journaling, at anything new you’re trying. Most people will support you, and their experience will boost you through that learning curve.

Insist on being a smarty-pants and you won’t learn anything new.

It’s a universal truth that you need to suck at something before you master it. Unless you’re a freak of nature, mastering a new skill requires hard work. The suck phase is necessary and healthy.

“I am always doing that which I can not do, in order that I may learn how to do it.”
Pablo Picasso

If you quit because something is hard, uncomfortable, or you just don’t like being a beginner, you’ll never get better. In contrast, if you’re willing to be imperfect, it’s almost a given that you’ll improve.

In journaling, this often means hesitant, self-conscious journal entries lacking direction and voice. It means writing, “I don’t know what to write…” repeatedly until you do.

It means one day, during a grammatically-incorrect deluge of monotony, you’ll write a phrase that takes your breath away. You’ll stop to re-read it. And you’ll realize you’re getting better – just by showing up and being willing to suck.

4. Stop comparing yourself to others

This dead end street is irresistible. I do it all the time, but I’ve rewired my brain to instantly convert jealousy and resentment into inspiration. Someone who’s better than me encourages me to try harder. Someone successfully doing what I want to do is proof of concept – I can learn from them.

Comparing ourselves to others is dangerous because you can always find someone who is better or worse than you. So the comparisons don’t mean anything. Most success has nothing to do with talent and everything to do with perseverance.

I’ve been at this journaling thing awhile. It wasn’t strength of character or natural born expertise that got me this invested in journaling. I just accidentally did it one day. And the next. And the one after that.

If you and I both get up this morning and write for half an hour, we’re on equal footing. It doesn’t matter that this is your first day doing it and my eight thousandth. As of today, we are both dedicated journal writers. That’s all you need to know.

The wisdom of our grade school teachers proves invaluable: keep your eyes on your own paper!

To be a successful journal writer you must ignore the weird little voice in the back of your head.

The voice that chants, “You suck! Why even bother? Who are you kidding that you’ve got something worthwhile to say? Who do you think you are, anyway?”

Maybe that weird little voice lives not in your head, but your house. If the naysayer script belongs to your spouse, your mother, or your best frenemy, ignore them. They’re just jealous because your journaling doesn’t involve them.

Most fears are irrational. If we actually thought it through, we’d find being imperfect isn’t all that scary.

But really, what’s the worst that can happen? Honestly identifying the result of our imperfect actions enables us to move forward more confidently.

I can assure you – you’ve already survived much worse in your life than the damage inflicted by imperfect journaling.

7. Learn to laugh at yourself

Humor is a pure antidote for perfectionism.

This one’s last because I want it to stick.

We’re awfully serious most of the time. I don’t know about you, but I look for opportunities to be a drama queen whenever possible – back of hand to the forehead, knees swaying, woe is me. My creative subconscious loves a juicy storyline with high stakes. I frequently catch myself at the curtain call and I can’t help but laugh at my theatrics.

Maintaining a sense of humor about your journal writing makes the act more accessible and less threatening. Especially when you’re able to look back at old entries and give a hearty chuckle.

Case in point: Seattle’s Salon of Shame. Other cities have their own version, and there’s a book out called Cringe, which had a national tour.

These events showcase adults reading their teenage journals on stage. People pay money to come watch journal writers embarrass themselves for entertainment. The Seattle event always sells out in minutes. Because our self-obsessed melodramatic observations are that funny.

I’m preparing to read at the upcoming Salon of Shame event in June. I’m still trying to decide on the best (worst?) entry to share, since you’re limited to five minutes and I’ve got a few decades of humorously pathetic material to dig through.

Laughing at your imperfect self with wild abandon is liberating.

Do try these techniques at home. You’ll slay the monster of perfectionism, breeze through your awkward beginnings, and burst out into the world as a veteran journal writer.

← Journaling Writing Saved My Life Is Your Perspective Keeping You in the Dark? →

by kristin | Core Journaling, Why Journal? 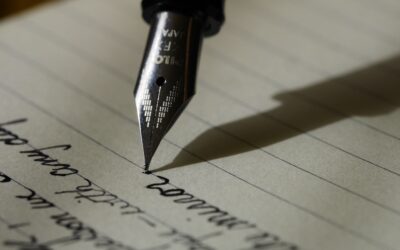 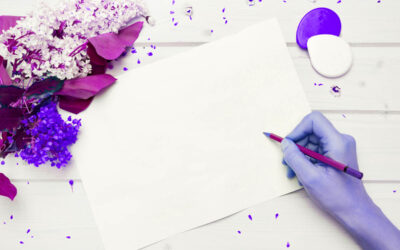 The Magic of Journaling by Hand