Journaling Music: The Oracle of Shuffle

“Do you listen to music while journaling? Should you? Is it alright to?”

I get asked these questions often. Some journalers and teachers have strong opinions on whether or not to listen to music while journaling. I guess we all have our soapbox; mine is writing by hand, and journaling every day.

One workshop I took vetoed music while writing because it apparently “drowns out the singing of your soul.” I beg to differ.

Music enables my soul to sing.

Another journaling expert warns against music influencing what you write about. Well, of course it does. If I’ve got something heady to write about that I need to focus on, I instinctively pick music to keep me in that space.

Most of the time I’m like Rob Gordon in the movie High Fidelity: “I just want to listen to something I can ignore.” My favorite Seattle radio station, KEXP, provides background noise as I write away. If I’m in the cafe, I don’t get to choose the music, but I can choose the cafe based on the music they play.

This sounds obsessive, but it’s coming from an audiophile who moved 3,000 miles to be closer to her favorite bands. So, guilty as charged.

The Oracle of Shuffle

Much of the music on my iPod is emotionally charged for me. I like to play a game: I hit “shuffle” and let my iPod select from the 25,000 songs in its memory. As each song begins, I journal about the emotions, memories and ideas it digs up.

Then when the song changes four minutes later, I start anew. Because there’s a mixture of new music and old favorites, the outcome is a fabulous jumble of history and current events.

I’ve noticed throughout the years that the Universe speaks to me through music. Songs arrive with startling synchronicity when I need them most. I’ve had some of my most powerful and life-altering epiphanies during live shows. Early on, I held up my heaphones and told the Universe, “If you need to reach me, you know where to find me.”

When I worked at Harvard, I often walked to and from the office in Cambridge. It was 40 minutes each way. During that time I got to know my music intimately, with no distractions. Just footfalls, fresh air and audible poetry.

During these daily walks, I noticed a pattern. I’d be working on some dilemma or other, torn apart or jumbled up over it, and the perfect song would come on my iPod with the answer.

So I began to play directly with this phenomenon. Unsure about what to do, I’d tell the Universe I needed direction and could you kindly provide it with the very next song. It worked magically and I grew to depend on this ritual.

(And yes — the answers are always inside us, it’s just a matter of accessing them. Music gets me in the door.)

In 2004 I decided to move to Seattle from Boston, mainly because I was rabid for the vibrant music scene in Seattle and wanted to write about it. While the idea had been brewing in the back of my head for the better part of a year, I can identify the exact moment I made the leap.

I made this decision rather impulsively during a particularly arresting song the Universe selected to motivate me (“Lioness” by Los Halos). I’d never even visited Seattle, and I didn’t know a single person there. But I decided that’s where I needed to be so I started packing.

While studying the maps of my future city, I came across the baffling Aloha St. I immediately fell in love with the idea of it. Why Aloha? The streets around it were numbered or boring: 10th, 11th, Federal, Broadway, Prospect… Aloha. I absolutely loved it. Anytime I talked about moving to Seattle, I told everyone I wanted to live on Aloha St. — just because it was called that. I imagined leaving each day and arriving home with same greeting: “Aloha! I LIVE here!”

A few weeks before my planned departure date, I had my regularly scheduled meltdown. I sat down with my journal, headphones on, and started to write out all the anxiety. “What the hell am I doing? I’m crazy. This is crazy! I have a great job at Harvard. I don’t know anyone in Seattle. Where am I going to stay? I’m just out of my mind. I can’t do this. I shouldn’t do this! Should I do this???”

The journaling was not getting me any closer to peace or resolution. In full freakout mode and on the brink of tears, I looked to the sky and told the Universe I needed a sign, holding up my iPod. In the spirit of clarity I added, “Please make it really obvious because I’m kind of dense.”

As the song I was listening to faded out, I immediately recognized the beginning strains of the Universe’s chosen song. I was paralyzed with simultaneous tears and laughter.

The Universe answered, with its wry sense of humor.

The song? “Aloha Spirit” by the band Seam.

I embrace the Oracle of Shuffle in times of need. I know this sort of faith is not for everyone. But it works for me. And migrating to Seattle to live in my Aloha Cabana (where else?) was one of the best moves I’ve ever made.

So I think listening to music while journaling can serve as both a grounding force and a prompt. I often use this tool with a spirit of play. I journal about my issue or dilemma. I spell it all out. Then I write my question for the Universe. I ask for a sign. And I listen for the answer. 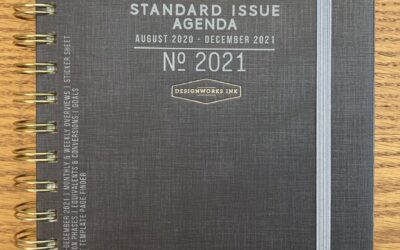 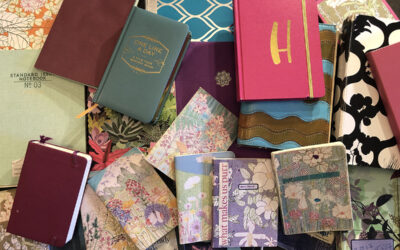 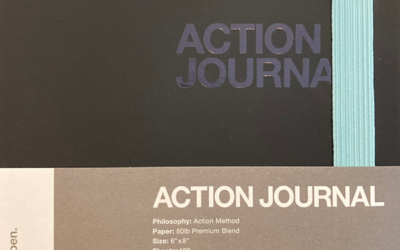